Janet and I took taxi to another chilling memorial -- Choeung Ek -- AKA the "Killing Fields", where many of the victims from S-21 were murdered and tossed into huge mass graves. To date nearly 9,000 corpses have been exhumed from the site. To commemorate the tragedy, Cambodia built a huge glass tower, encasing the skulls of men, women and children executed by the Kymer Rouge: 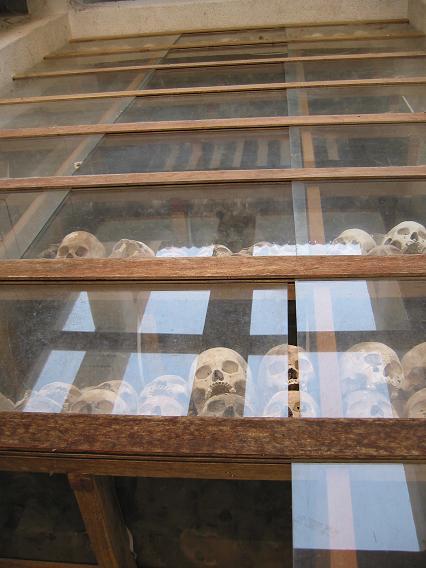 Distrubringly, bones of victims protrude from yet uncovered graves.