Arrival of a Very Special Guest

This AM we were greeting by a travel-weary but excited Joan Van Huysse (we were pretty darn stoked to have her join as well!). 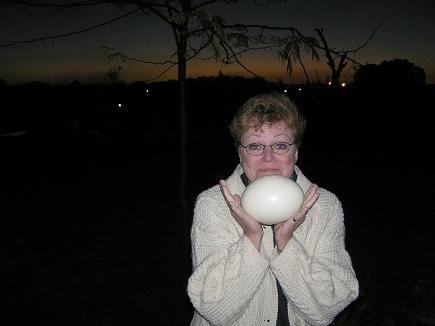 We took a guided tour of Soweto – short for Southwest Township. Soweto was a focal point for the struggle against apartheid and remains a powerful reminder of the triumph of the black majority over the oppressive government that ruled them for over 60 years (and beyond).

We first hit a local market. In addition to the typical market fare there were a few exotic items: 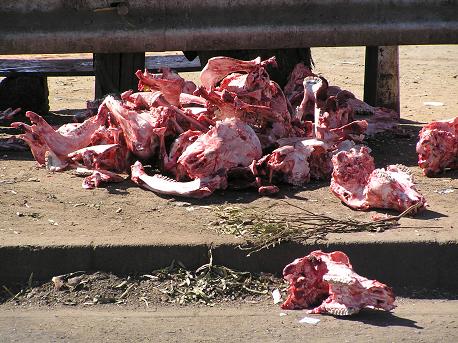 After the market we hit one of the many “occupied zones” in Soweto – shanty town-like structures with one toilet to 1000 people, 12 fresh water sources in a three square mile area and whose sole source of electricity is car batteries used to power radios.

It was a little strange to take a “tour” of this area but as our guide explained, it’s a positive thing to raise awareness of these South African peoples’ way of life. It was hard to see, but the spirit and pride of the locals was evident… 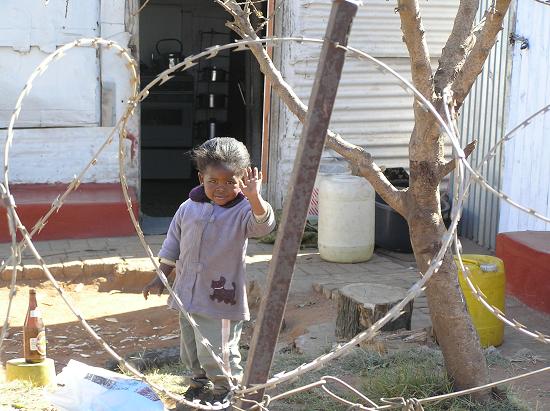 Next we headed to Wandie’s, an amazing and authentic restaurant not far from Bishop Tu Tu’s home. We then headed to the Hector Peterson Museum, opened in 2002 and dedicated to the memory of an innocent schoolboy gunned down during a protest of apartheid in the 70’s, 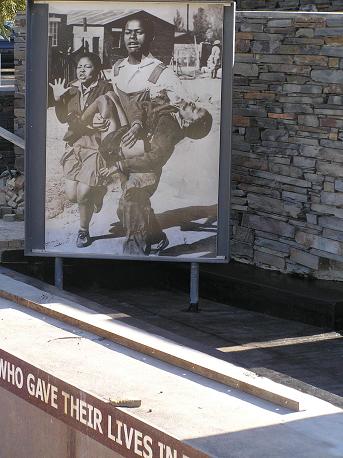 Hector being carried while his sister weeps

We visited the former home of Nelson Mandela which was a bit anticlimactic, as was the tour of downtown Jo’burg, the only city whose Lonely Planet description genuinely concerned me (there’s a wee bit of crime in downtown JB).

I asked our guide (and a few others later on the trip) how race relations had changed since ’94. He indicated that while some areas were still a bit behind the times (mainly in the rural areas) the transition of government was amazingly peaceful and relations have progressed quite a bit in the last 10 years. Additionally, he indicated that most Blacks did not harbor resentment towards whites, as much of the oppression was due to the National Party, the largely Africaaner-led governing body which incidentally was supported by the U.S. government throughout most of its existence for fear of communism (sigh).