The End of the World

No, this is not another rant on Dubya, but what was once thought by sailors of yore...better known as Sagres today, the most Southwest point of the European continent. Back when navigators believed the world was round, the area around Sagres was believed to the last point before the edge of the sea. 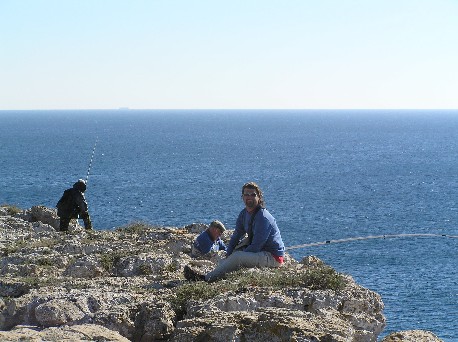 Jim sitting fearlessly on the edge of the world

...looking out one can´t help but be impressed with the vast expanse of the sea, contrasted with the craggy Algarve coastline 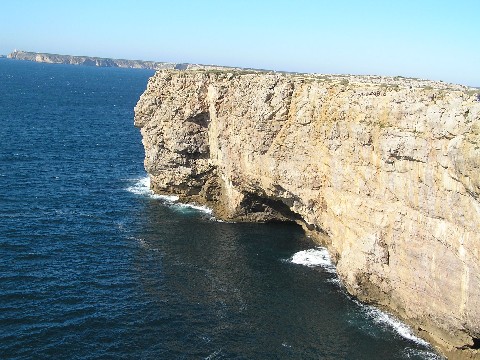 The coastline attracted more than tourists...in fact a fair amount of fisherman were perhed precariously along the cliff edge hoping to snag the dinner that swam hundreds of feet below. I managed to snap this fellow actually pulling a fish from the sea: 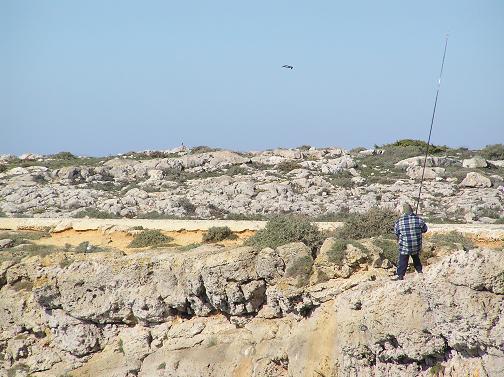 The Angle of the Angler

After checking out the nearby fort of Saint Vincent (circa 17th century) we headed north to take in more scenary (braving the chilly winds): 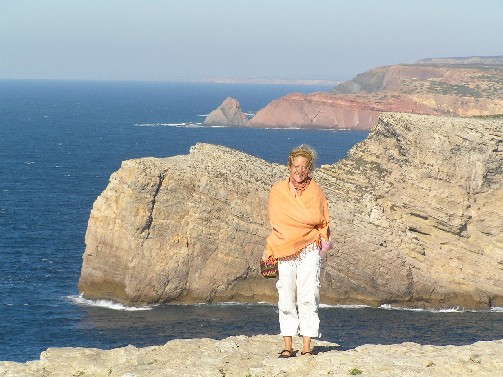 After heading a bit further north to check out a castle in Aljazure (a bit anticlimactic...billed as the "castled town"...not quite!) we ditched it for Montique, a hilltop town 70 km inland. The drive was fantastic and though it was even chillier than the coast, it matched its beauty: 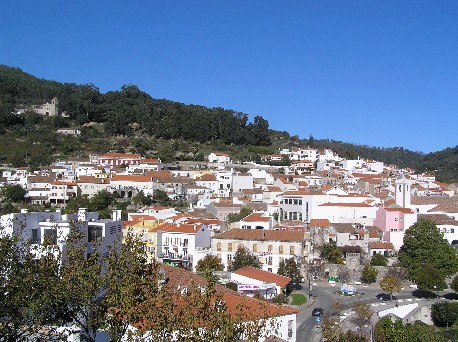